" WORKING IN OUR LAND, SENDING OUT AN ECOLOGICAL MESSAGE, COMMUNICATING THE ITALIAN BIODIVERSITY WITH THE AWARENESS OF THE DIFFICULTIES THAT WE WILL FACE.... "

Three Italian nature photographers have chosen to work together for three years on the real Italian landscape, followed by a documentary film maker.
The photographs will be taken during the day as well as at night, in every season of the year and also under less pleasant weather conditions, in order to obtain the maximum visual impact and, therefore, the most truthful portrait of the Italian natural landscape. This will be a journalistic and photographic pursuit, which will tell many enthralling stories, but which above all will bring the natural heritage, which Italy can still boast about, and the real threats which constantly put that to risk, to the general public's attention.

A support team for coordination and communication.
Working in a team for a quality project which tells about the passion of the photographers and also about the wildest and most surprising Italy.
Pascale Huitorel coordinates the project.
Andrea Zampatti takes care of the editorial line. 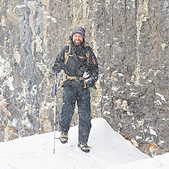 Lives and works at the foothills of the mountains of Abruzzo and often travels abroad for his projects. He has been passionate about nature since he was a little kid, obtained a degree in Biology and has been working as a professional nature photographer since 2004. His main interests lie in themes of conservation of natural environments and of biodiversity. His pictures have been recognised numerous times in international competitions, among which the first prize in the Nature category of the renowned World Press Photo of 2014, the first prize in a category at the European Wildlife Photographer of the Year 2015 and the Fritz Pölking Prize 2015. His images have been published in prestigious magazines, like the National Geographic, GEO, BBC Wildlife and Terre Sauvage, and in books and calendars in the whole world. He was a guest for television programmes and speaker at big events like Wildphotos in London in 2011 and 2014, the Festival of the German association of nature photographers GDT in 2010, 2012 and 2015, and the conference on wilderness WILD10 in Salamanca in 2013. He takes part in multimedia projects on photography, education and conservation. He is a honorary member of AFNI, the Italian association for nature photographers, has participated in the team of sixty photographers who made the Europe-wide project Wild Wonders of Europe, and is a member of the prestigious International League of Conservation Photographers since 2009. He was responsible for the communication of the project Rewilding Europe in the Apennines and production assistant for the BBC. He is the author of four books, among which the acclaimed 2015 book Time for Wolves. 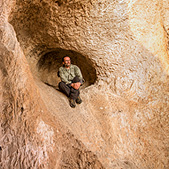 Maurizio Biancarelli is a nature photographer from Umbria, who regularly works together with the industry's major Italian and foreign magazines; his pictures appear on publications of various themes. He published six photographic books, for five of which he is also the writer, and he contributed to many other publications with his pictures. He has been invited to take part with his slideshows in many important Italian, German, Belgian and French nature festivals. In 2008 he was the invité d'honneur étranger at the nature and animal photofestival in Montier-En-Der in France. He is part of the team of photographers for the Europe-wide big project Wild Wonders of Europe and is a photographer for Nikon Professional Service. He exposed his pictures in many places in Europe and in Nanchang in China to present his book Umbria Seasons. His pictures have been awarded many times in international competitions, among which the GDT European Wildlife Photographer of the Year and the Veolia Wildlife Photographer of the Year. For the last one he won the landscape category in 2010. In London he was a speaker for the Wildphotos event in 2010 and in 2011 he was for the Barbican Centre with a presentation on the Central Apennines. He was member of the jury for the international competitions GDT Wildlife Photographer of the Year and Asferico, and he is a honorary member of the AFNI, the Italian association of nature photographers. In 2015 the international organisations Mongol Ecology Center and Global Nature Fund have invited him to take part, together with journalists of other European countries, in a trip to Mongolia and its Hovsgol lake. 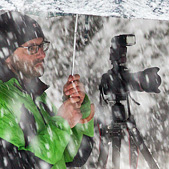 Luciano Gaudenzio was born in Pordenone in 1969, has a degree in Business Administration, and has been working for several years as a professional photographer specialised in nature reportages and promotion of territories. His images regularly appear on covers and reports of the major Italian and foreign magazines, among which Condé Nast Traveller, GEO, National Geographic Traveller, Bell'Europa Bell'Italia, In Viaggio, Specchio, Dove, Meridiani Montagne.He is an author of various photographic books, the last one regarding the conservation of the wildest part of the Dolomites, the Dolomiti Friulane. He regularly contributes to the publication of calendars and collective photographic books and his pictures have been awarded and distinguished in some of the sector's most important photographic competitions, among which the GDT European Wildlife Photographer of the Year. He has made many solo exhibitions in Italy and abroad and took part in many collective exhibitions, like the prestigious Wonders of Nature. The Intelligence of Creation, on the animal and plant life in the world, organised by the Gasometer Museum in Oberhausen (Germany), in cooperation with GEO magazine. Recently he has been working on a series of projects on knowledge and protection of the natural and mountain environment, especially of the Dolomites as UNESCO world heritage. Since 2015 he is also director of photography for the production of documentaries and short films linked to the promotion of the territory and to the social communication for important private businesses and local institutions for tourism. Furthermore, he is founder and photographer for the photo agency PHOTOFVG, specialised in photographs and reportages about landscapes and tourism. 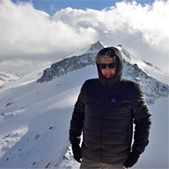 Director-documentary filmmaker from Friuli, adjunct professor of Techniques and Language of cinema and of Digital Storytelling for the promotion of the territories and the cultural heritage of the University of Udine. Author of essays on visual anthropology, the documentary-film and the Italian cinema. He collaborated with Ferruccio Marotti and the Television Center of the Ateneo Theater of Rome, with Dario Fo and the Theater Biennale of Venice, with the ORF (Austrian state television) and with numerous public and private institutions. As an author and director he produced many documentaries and programmes on art, theater, music, photography, cinema, animation, history and nature, broadcasted by RAI, Sky channel and Sat 2000. Among his productions are four documentaries on the Friulian Dolomites Natural Park, the musical programme Sounday (with James Taylor, Simple Minds, Carmen Consoli, Subsonica, Elisa, Caparezza, Elio e le Storie Tese, Marlene Kuntz, Africa Unite) and eight pieces of videotheater (with Omero Antonutti, Ascanio Celestini, Emma Dante, Davide Enia, Licia Maglietta, Giuliana Musso, Mario Perrotta, Armando Punzo), some of which invited to be shown at the House of Theater in Rome and at the Centre Pompidou in Paris. Among his most recent works the welterweight Sulla pelle della terra, on the earthquake in Friuli of 1976, the docu-fiction Carnia 1944. A summer of liberty, , on episodes of the Resistance movement in the mountains of the North-East of Italy, broadcasted by Rai3 and Rai1-Speciale Tg1, and the webseries Web Reputation for Corecom/AgCom and Custodians of the earth for the Despar group. He was a member of the Commission Cinema of the Ministry of Cultural Goods and Activities and artistic director of some festivals Cadore Doc - Arte&Paesaggio, Dissolvenze - Arte&Cinema and Le Voci dell'inchiesta.